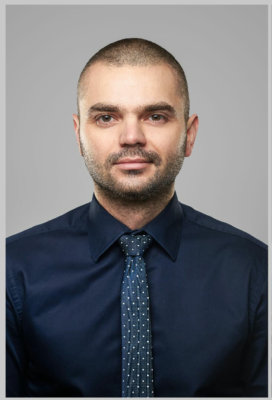 He graduated in finance and accountancy at the Warsaw School of Economics. He has got a certificate of the chief accountant with confirmation of having professional qualifications (issued by the Association of Accountants in Poland in Warsaw – a member of the International Federation of Accountants IFAC).

He has got a certificate for providing bookkeeping services no.52752

He is constantly improving her qualifications through ACCA studies and training in finance and taxation.

He started his professional experience in 2003 in one of the first MMI International joint venture companies in Poland, belonging to the German Schieder Moebel Holding Holding, passing from the accountant for export and taxes to the deputy chief accountant and VAT specialist. Then, as part of structural changes, he switched to companies related to the group, in which he also performed the same functions.

After the bankruptcy of the Schieder group, he worked in one of the affiliated companies with the bankruptcy trustee in the post of chief accountant. As a result, the company started to generate profits and was sold again and together with it moved to a new entity. In May 2015, he co-operated with Zortrax S.A. as the chief accountant. After two years, he decided to leave in order to create a position that would enable him to operate on every level of finance.

“My family is the highest value and my work is one of my greatest passions. In addition, I actively practice: running, boxing, MMA. I also appreciate good cinema and recently horse riding. “